Roger’s many years of involvement in the hospitality industry originated extend from his role as Chairman of the Board of La Jolla Beach & Tennis Club Inc., a position he held from 1989 through 2003. Currently, as a Director, he is involved in setting policy and direction for the ongoing operations of this unique privately-owned hospitality enterprise that encompasses the La Jolla Beach & Tennis Club, the La Jolla Shores Hotel, restaurants and apartment rentals as well as other operating properties.

Because of his involvement with the La Jolla Beach & Tennis Club, he extended his knowledge of hospitality with his investment in and development of other hotel products, namely, the Grande Colonial Hotel in La Jolla, Colonial Terrace Inn in Carmel-by-the-Sea, Hilton Santa Clara, Marriott Residence Inn, and the Hampton Inn Del Mar, to name a few.

Roger’s other interests also include his activities as a member of the University of San Diego Board of Trustees. Previously, as a founding member of the Board of Directors of Regents Bank, he actively participated in the formation process during its launch in 2001.

Roger was awarded a Bachelor of Science Degree from the University of San Diego and a Master of Business Administration Degree from Cornell University.

Thomas Leeman currently serves as Chief Financial Officer of Franklin Croft, a position he has held since 1999. Thomas is responsible for finance and asset management of the company’s portfolio of properties including joint ventures between Franklin Croft and its investment partners. In this role he also oversees new business development and deal sourcing for the company. He is a member of the Franklin Croft executive committee and as such is directly involved in formulating and executing the company’s strategic and business plans.

Over the course of his career with companies such as Trizec-Hahn, Pan Pacific Development and Franklin Croft, Thomas has managed financing, acquisition and disposition transactions with a total consideration of several billion dollars. He has also served as Project Executive for each of the company’s hotel development projects including the four-star rated Hilton Santa Clara and the San Diego Residence Inn Gaslamp Quarter prior to their sale. Thomas received a Bachelor of Science degree and a Master of Business Administration degree with a Real Estate Finance emphasis from San Diego State University.

As General Manager of the Grande Colonial, Terrence has complete operational and directional responsibilities for the Four Diamond independent historic boutique hotel including rooms and related services, sales and marketing, development of the company’s policies and staff, as well as management of all food and beverage and financial operations. His hotel and resort industry career began in 1982 when he joined the Marriott Hotels & Resorts.

He spent the next 11 years working for Marriott in a variety of capacities including rooms operations, recreations services and human resources in Newport Beach, La Jolla, Desert Springs, and at Marriott’s flagship property, the 1,355-room San Diego Marriott Marquis Hotel & Marina. Prior to joining the Grande Colonial, Terrence spent six years as Director of Operations for the La Jolla Beach & Tennis Club, Inc., owner and operator of a 17-acre oceanfront resort in La Jolla. As Director of Operations, he was responsible for all rooms & related and private club operations (beach services, golf & tennis) for the La Jolla Beach & Tennis Club and the La Jolla Shores Hotel.

Leslie Araiza-Lorenzo is a 29-year hospitality and travel industry marketing and public relations veteran. She joined the staff of Franklin Croft in 2004 where she currently serves as the company’s Hotel Division Director of Marketing & Public Relations Director. Leslie began her career with The Gable Group, a public relations and advertising agency where she spent two years in working in the agency’s consumer accounts division.

In 1990, she joined Marriott Hotels, Resorts & Suites as the San Diego Regional Public Relations Manager launching a new West Coast Division for the international hotel company. For the next four years, she was based out of the flagship San Diego Marriott Hotel & Marina where she developed and implemented a public, community and media relations program for the four local properties. In 1994, Leslie accepted a new position as the Director of Marketing & Membership Services for La Jolla Beach & Tennis Club, Inc., owner and operator of a 17-acre oceanfront resort in La Jolla, California.

Today, she oversees all marketing efforts for the Franklin Croft group of hotels to include the development and management of multi-channel brand communications programs, collateral development, database management, digital marketing, social media outreach, media relations, crisis communications, and budget preparation/control. A third-generation native of San Diego, Leslie is a graduate of the University of San Diego holding a Bachelor’s Degree in Communication Studies and English.

Kim Avant joined Franklin Croft in 2006 as the front office manager at the Hampton Inn Del Mar. In 2010, she moved to the Grande Colonial Hotel where she spent seven years as the Assistant General Manager before transitioning to Director of Human Resources in 2017. In this position, she also provides related human resources support for Franklin Croft and its hotel properties including the Grande Colonial, Hampton Inn Del Mar and Colonial Terrace Inn in Carmel, California.

As Human Resources Director, Kim oversees the planning, direction and coordination of all human resource management activities for the hotels including employee compensation, benefits administration, recruitment, personnel policies and regulatory compliance. She is also responsible for developing and implementing all employee training and rewards and recognition programs.

Prior to joining Franklin Croft, Kim was the Office Manager for a local pest control company. Her professional affiliations include membership in the Hospitality Human Resource Association and Society for Human Resource Management. Kim attended Grossmont Community College where she received an Associate’s of Science in Forensic Technology.

Tammy Frazine joined Franklin Croft in 2008 as the Executive Assistant to the company President, as well as Office Manager. In this position, she manages the schedule and activities of the President including scheduling meetings, making travel arrangements and organizing daily calendars. She also oversees all administration duties and office procedures including scheduling meetings and appointments, making office supplies arrangements, greeting visitors, and providing general administrative support to the Franklin Croft team. Her role is to create and maintain a pleasant work environment, ensuring high levels of organizational effectiveness, communication and safety.

Tammy is the main point of contact for building tenants regarding leasing, payments, administering work orders, parking issues, and general cleanliness of the building and surroundings.

Prior to joining Franklin Croft, Tammy spent 20+ years in the administrative and accounting fields.

About Us
Services
Portfolio
Investors 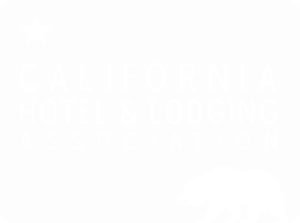